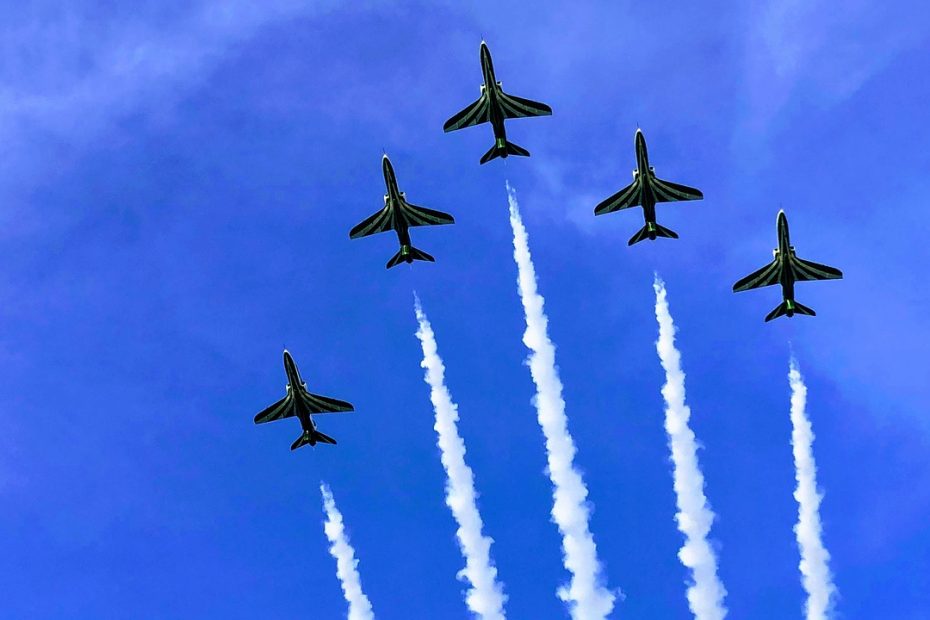 UAE National Day is on the 2nd of December. The government says it is off from 1st December (Thursday) till 4th December (Sunday). In 1971, six emirates (Abu Dhabi, Dubai, Sharjah, Ajman, Fujairah, and Umm al Quwain) formed the UAE. In the month of February 1972, Ras Al Khaimah also joined, making UAE a country with seven states.

Every year, the country celebrates the day with immense happiness. According to UNESCO, 2nd December and UAE’s national day in the future will be celebrated as the International day of Future. This Future Day will help the nations to see the future and use their capabilities to make the future far brighter and better. Look at the history of the UAE National Day and the celebrations that happen across the country.

On National Day UAE 2022, there will be four days of holidays from the 1st of December till the 4th of December. People love these holidays and seek places to enjoy a long weekend. You can visit the beaches and Burj Khalifa to see the national day celebrations.

Also, because of the UAE national day 51, there will be a lot of discounts and offers that you can avail yourself of at locations as well as in restaurants. Take a look at the chart below to see all the holidays in 2022. Most countries have their national days on the day when they got independence or got separated as a separate country. As for UAE, in 1968, it gained independence with the British Protectorate Treaties, but the country did not celebrate the national day on that date. They celebrate it on the 2nd of December when all six Emirates unite and together form UAE.

How do the seven states unite?

The seven states decided to unite and be referred to as the United Arab Emirates. The Emirates federal constitution was approved on the 1st of December, 1971. Then on the very next morning, on the 2nd of December, the emirates’ rulers met in a hotel in Dubai. In that meeting, the decision was made to unite and follow the Emirates federal constitution. In that meeting, the rulers of six states agreed, except for the rulers of Ras Al Khaimah.

Who designed the UAE flag?

UAE’s flag is designed by Mr. Abdulla Mohammed Al Ma’enah. For the flag of the country, the country advertised a competition where people were asked to design the flag. The announcement was made in Al Ittihad newspaper in the month of October 1971. A total of 1030 people participated and came up with unique designs. From all entries, only six were short-listed, and then the design presented by Mr. Abdulla Mohammed was selected for the national UAE flag. He was only 19 years at that time and later became the Minster of Foreign Affairs.

The meaning behind UAE’s flag

There are four colors in UAE’s flag, green, red, black, and white. In the below-mentioned points, find out what each color depicts.

UAE is popular for being one of the most diverse countries. There are people almost from all the countries of the world. You will find the people following all kinds of religions, cultural and ethnic values. Every year, the country celebrates the National Days of all the countries by lighting up the World’s Tallest Building, Burj Khalifa. People gather to see the flag of their home country lighting up on the entire building with the national anthem in the background. As the country celebrates other countries’ national days in such a way, people have very high expectations when it comes to their own national day. The celebrations will not disappoint you; look at all the happenings during that week. These are the events that occurred last year on the UAE’s 50th national day.

Burj Khalifa is lit up with amazing light shows. The flag colors are displayed on the building, and you can hear the national anthem. The lighting is far more beautiful and attractive than in other countries’ celebrations. Camels are the identity of the UAE. You will find camels associated with various elements of UAE, especially in tourism. Camel racing shows the cultural aspects of UAE and mostly happens in Dubai. It is one of the oldest traditions and sports of the country, which happens on a large scale during the UAE national day.

On UAE National day 2022, you can enjoy amazing fireworks at the following locations in Dubai:

You can enjoy the 51st UAE National Day at Dubai Festival City with an exciting laser show. People also enjoy some dance performances, along with some tasty food stalls.

Last year, the country celebrated the Golden Jubilee. In that, they celebrated the floating theatrical experience. The event occurred at the Hatta Dam, which is beautifully surrounded by the Hajar Mountains. This celebration showed the history of UAE with unique storytelling and staged dramas.

There was also live streaming of these celebrations that people enjoyed from home. The entire show remained open for the public from the 4th of December till the 12th of December. This year on the UAE National day 2022, the same events will happen with new shows.

“Across the UAE there are 10 airports for commercial services”

What is unique about celebrating UAE National Day 2022?

In UAE, the local population is far less than the people of other nationalities. The total UAE population is 9.89 million, of which 8.84 million is the expat population. The highest is the Indian population, which is around 2.75 million people, followed by Pakistanis, with 1.27 million people.

These are the people who always bring in the uniqueness and charm and will surely bring to the 51st UAE National Day also. Expats love their homeland, but they love and have an emotional connection with UAE also. They bring in their cultural values and traditions and enjoy the national day with the same excitement and patriotism.

As the UAE National Day 2022 is about to come so, let’s see some interesting things about UAE that you don’t know.  See the national symbols of the country below.

The country’s national anthem is known as Ishi Biladi, which means long live my nation. The anthem was written in the year 1986 by Arif Al Sheikh Abdullah Al Hassan. The song was composed by Mohammed Abdul Wahab, who is an Egyptian composer.

What is the national emblem of UAE?

UAE’s national emblem is a falcon. The picture of the falcon has the image of the UAE’s flag on its chest. There are also seven stars that surround the flag that shows the seven emirates which are present in UAE.

The emblem was first selected in the year 1971; at that time, there was a show at the center instead of the stars and flags. Then in 2008, it was redesigned and changed to the falcon, flag, and stars.

What is the national bird of UAE?

The national bird of UAE is the falcon. The emiratis love to keep this bird because of its beauty and the beautiful colors that it has. In most of the things which are associated with UAE, you can find that falcon is mostly present in one way or another.

On the 500 AED note, there is also a huge picture of the falcon. It shows the strength and the national heritage of the country.

What is the national fruit of UAE?

The date is the national fruit in UAE. Being a Muslim country, dates are also referred to as the favorite thing of Prophet Muhammad (P.B.U.H). The country cultivates different kinds of dates mostly consumed by the people within the country.

What is the national animal of the UAE?

UAE’s national animal is Arabian Oryx which is named Al Maha in the Arabic language. A lot of people have the misconception that the camel is the national animal of the UAE that is not true. At this time in the world, there are very few of them left in the world, and soon they will be extinct.

What is the national flower of UAE?

The national flower of UAE is Tribulus Omanense. At the event of UAE National day 2022, you will see a lot of events where this flower is used for decorations. This flower is yellow in color and can be easily found in any of the warm areas of UAE or during the warm season.

What is the traditional sport of UAE?

The traditional sports of UAE are camel racing and falconry. Falconry is a sport in which people keep falcons and train them. The falcons are supposed to chase and catch the prey or just circle around the owner before settling back on their hands.

You can also observe and enjoy these two sports on the UAE National Day 2022.

What is the national tree of UAE?

The national tree of UAE is Ghaf which is also known as Prosopis Cineraria. The plant is very rare to find, especially in UAE, as most of them were illegally cut down, and now not enough of them are left.

Is there a national dress for women in UAE?

National dress for men in UAE?

The national dress for men in UAE is Kandura. It is a long white full-sleeved dress that covers the entire body. On the head, they wear keffiyeh or shemagh which is a cotton scarf. They put it on their head and then place a strong cord (agal) which keeps the headscarf in place.

With an amazing line-up of holidays coming from 1st December till 4th of December, you can plan an amazing trip. Enjoy these vacations by visiting some unique and amazing places in UAE.